Mr. Dennis McLoughlin, vice-president of the Handley Board of Trustees, presented the Stewart Bell Jr. Excellence in Teaching Award to Ms. Heather Campbell of Garland Quarles Elementary School at the WPS convocation ceremony on August 13, 2021.

Heather Campbell has been involved in education for over 25 years, and continues to work tirelessly with community partners to obtain free books to give to children and has been instrumental in helping to bring diverse authors and illustrators to the school, whether physically or virtually. 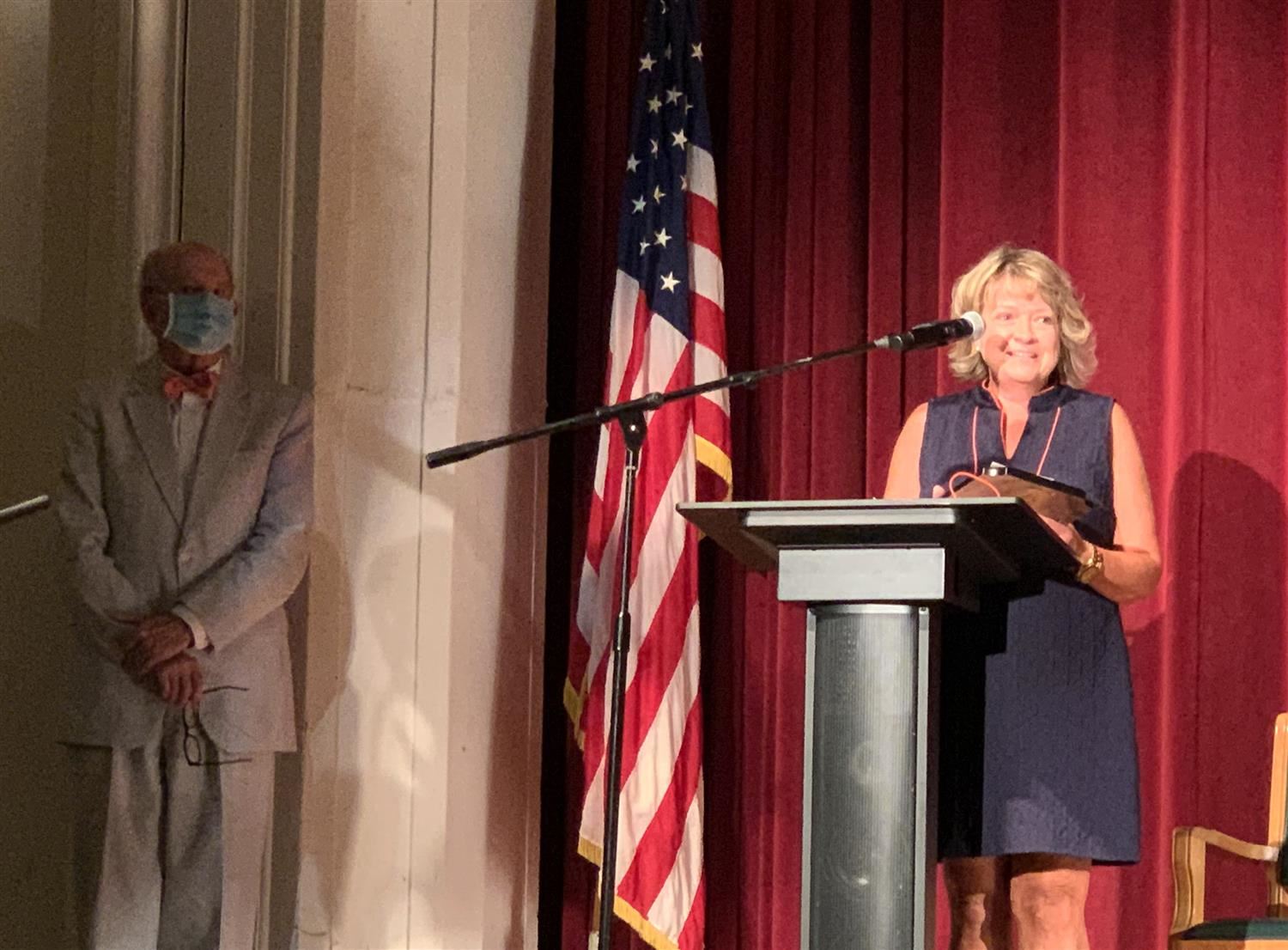 The Nominating Committee had the following to say: "Heather Campbell is described as someone that has a vast knowledge of the content she teaches, but more importantly is very passionate about it and makes every effort to instill her enthusiasm into her students."

One parent explained that Ms. Campbell brings joy to every student by dancing while they arrive at school; while another parent explained how her son thinks more deeply and critically about what he reads and makes connections to everyday life (including the conflicts in Star Wars) because of Ms. Campbell.

The Stewart Bell Jr. Excellence in Teaching Award was established by former Winchester Mayor Stewart Bell, Jr. in 1985 with a $20,000 endowment intended to reward exceptional performance in classroom teaching. In 1997, enough interest had accrued to grant the first award which has since been presented annually to a Winchester Public Schools teacher based on a rotation of each of the city schools. Mr. Bell, a former teacher and principal, created the award to honor those individuals whose interest, enthusiasm, and support of children may influence them positively for the rest of their lives. Those eligible for selection include classroom teachers, librarians, and guidance counselors. Nominations for the Stewart Bell Jr. Excellence in Teaching Award are solicited in the spring and are open to the public.