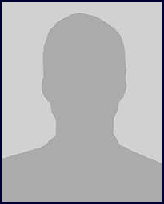 Liz White graduated from Trinity University in SanAntonio, Texas with certifications in Elementary Education and Special Education. She spent her first four years teaching as a "Resource Teacher" for grades K-6 in Abilene, Texas.

After a move to Grand Rapids, Michigan, Liz taught for Grand Rapids Public Schools in a self-contained setting with fourth and fifth grade students with special needs. While living in Grand Rapids, Liz earned her Master's Degree at Grand Valley State University. She became a Reading Specialist and worked with grades K-6 in Forest Hills Public Schools.

Another move brought Liz and her family to Yuma, Arizona. There, Liz taught in a self-contained setting at the middle school level. At that time, the district was undergoing change and implemented an Instructional Coach model at all their schools. Liz worked as the Instructional Coach for two K-6 elmentary schools and a 7/8 midle school . Further changes brought Liz to the District Office as the District Literacy Specialist.

In 2010, Liz's family moved to Virginia. Over the course of seven years, Liz taught as a Special Educator and Reading Specialist at Daniel Morgan Middle School. In the spring of 2017, Liz was named the Winchester City Teacher of the Year. Currently Liz White serves as the Instructional Coach at Daniel Morgan Intermediate School.